Featured this week: A singer who made it to the 2009 quarterfinals returns! A talented vocal impressionist shows her stuff, a singer who dueted with Willie Nelson performs, a heavy metal choir takes the stage, and more.

Check out the list of acts auditioning on the fourth night of auditions, plus a photo gallery at the bottom of the page. And for a look at many of the acts viewers will meet this season, check out our America’s Got Talent preview.

Chiko – Acrobat – Chiko the acrobat competed on Spain’s Got Talent Season 7. He does acrobats at impressive heights. Watch his semi-final performance HERE. Instagram.

Connor Johnson – Acoustic Singer – An Hawaiian singer from Waikiki sings acoustic pop music on the streets. His arrangements are creative and he makes songs his own (Watch). Instagram

Jordan Conley – Jordan is a Disney enthusiast and comedian from California. Watch a viral routine titled “I Will Snitch, I’m Not Tough and I Grew Up a Disney Kid” from Chocolate Sundaes HERE. Instagram.

Keegan the Bicycle Comedian – Keegan Buckingham is a Chicago based comedian whose comedy revolves around bikes and bike riding, and bike puns. Website Instagram

Lily Meola – Singer/Songwriter – Lily is a touring musician, born and raised in Maui, now California-based. She describes her sound as dreampop and folk. She gained recognition after at 20 after performing a duet with Willie Nelson. Her mother died after a battle with cancer a few years ago. Lilly used voice to help cope with depression. Listen to her duet with Willie HERE. Instagram Tik Tok.

Marcus Terell – Singer – AGT returnee, Marcus,  was a season 4 quarterfinalist back in 2009. His act is high in sex appeal and he performs with a crew of dancers. Check out his 2009 quarter finals performance HERE. In the Las Vegas round, the judges forced Marcus to find more “talented” background dancers in order to move on. Mean! He still performs with background dancers. Instagram Tik Tok

Merissa Beddows Vocal Impressionist – AGT previewed Merissa’s audition. Watch it HERE. The 23 year old studies Opera at the Curtis Institute of Music, a conservatory located in Philadelphia, PA. However, she runs a popular Tik Tok filled with spot-on vocal impressions of iconic pop singers. On a personal note, she started a GoFundMe last month to raise money for her sick mother who needs long-term care.

Mia Morris – Drummer/Singer-Songwriter – Mia is a Nashville based 17-year-old multi-instrumentalist musician. She plays the guitar, uses loop machines, plays drums, and is a grunge-pop/ alt rock singer. She has worked with/written for bands as high of caliber as Fountains of Wayne and All American Rejects. Drumming videos she posted as a tween went viral. (Watch). Read more HERE. Website Instagram Tik Tok

MPLUSPLUS – Tech Dancers/Stage Tech – Tokyo-based dance crew incorporates lights and other technologies. Their CEO/lighting choreographer, Minoru Fujimoto has been a pioneer in this new way of dance that he has presented on and incorporated into the Tokyo 2020 Paralympic Games opening ceremony. Instagram Dance Instagram

Mr Pants – Pants guy! – He appeared in a montage earlier in the season. Ryan Dee, who also creates giant sculptures, including one of the infamous poo emoji, wears a costume comprised of a large pair of pants. (See photo above). . Instagram Personal Instagram.

Siegfried and Joy – Magicians – The duo are Berlin based magicians who perform illusion based magic. They performed an act in Vegas titled “Las Vegas in Berlin.” The appeared on Romanian Talent show iUmor Watch HERE. Instagram Tik Tok.

The Dremeka Choir – Heavy Metal Choir – The group also goes by Growler Choir. Dremeka is a music/sound studio based in Montreal, Canada, founded by composer Pierre Luc-Senecal. They claim to be the first and only choir of metal vocalists in the world. Watch their debut performance HERE. Instagram. 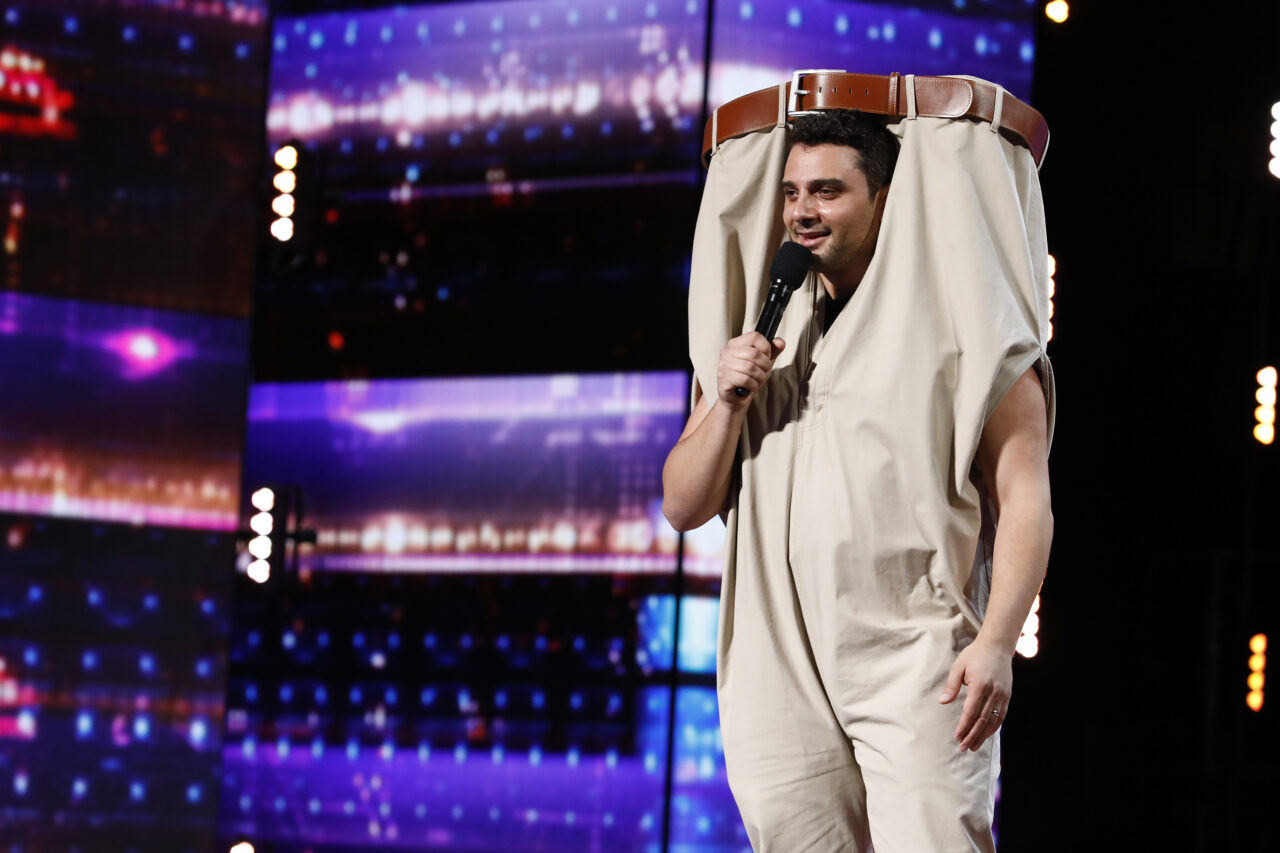 Pictured: Willem Roelants
About mj santilli 33315 Articles
Founder and editor of mjsbigblog.com, home of the awesomest fan community on the net. I love cheesy singing shows of all kinds, whether reality or scripted. I adore American Idol, but also love The Voice, Glee, X Factor and more!
Website Instagram Twitter