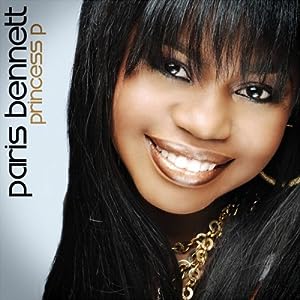 Oh Princess P, where do I begin? How about the name, Princess P? Seriously?

This week we take a closer look at Miss Paris Bennett. What’s that? Did I spark your memory? You starting to remember the talented, spunky girl that graced us with her presence in season five? Well now that you do remember, think about if you’ve heard anything about her since Idol. Most likely, you haven’t, and it’s because of material like “My Boyfriend’s Back.”

Paris started out very strong in her season with an incredible audition that wowed all three judges. In my opinion, she was a very strong contender in the competition and brought a solid performance almost every week. I think it was just hard for her to portray to viewers what kind of artist she would be after the competition ended. Maybe this is why she seemed to stall with votes more and more as the weeks went on.

Paris wasted no time after being eliminated and got straight to work on her debut album Princess P. If you’ve never listened to the album, I suggest you zip on over to iTunes and preview a couple of songs—brace yourself for the Kevin Covais (Chicken Little) rapping. She decided to really mix up the genres of R&B, pop, and “tween sass.” The end result sounds like… well… okay, so I don’t really know how to describe it. I know I’m being pretty hard on the Princess guys, but c’mon! I’ll say it again: CHICKEN LITTLE RAPPING!

In Paris’ defense, I think I see a little of what she was trying to do with this album. Everyone, including myself, really connected with the smooth, jazzy vocals that came out of this young girl who seemed to have a sort of “pip-squeaked” speaking voice. She was made to sing classic standards, and breezy R&B melodies. Why would a young, corky girl want to make old, adult-oriented music like that though? I think Paris wanted to really give it a shot at making a more current, pop radio-friendly album. The end result may be a bit of a train wreck, but I don’t think Paris really misrepresented herself too much in the music. It seems to fit with her personality, but she really could’ve focused on a different side of herself and had much more success.

Honestly, I decided to focus on “My Boyfriend’s Back” only because it had the highest amount of popularity bars on iTunes. Maybe some people actually liked this song. And this column isn’t meant to feature only my favorite songs. It’s for everyone, and I want to showcase a good variety of Idols and genres.

Paris is calling out this man who is ruining her reputation by spreading lies about her around town. She’s letting him know that he better watch out, because her boyfriend’s back, and he’s gonna really set him straight. The lyrics are amazing! *rolls eyes. To give you an example, at one point she states, “And you’re gonna be sorry that you were ever born … cause he’s kinda gangsta and awfully strong.”

What’s really sad is that even through all this mess, I still think it’s clear to see what an amazing voice Paris really has. Listening to some of the runs she sings throughout the song really makes me wish that someday she’ll find the right material to showcase her talented vocals. This doesn’t mean a boring, old-school jazzy album either. Maybe like a Mary J. Blige sounding album is where she should be headed? I don’t know. What do you guys think Paris needs to do with her future material?

Along with the song below, I’ve also included the video of her initial audition in order to show you guys the talent that’s being wasted! And also to show you how much I miss the good ol’ days of the amazing Simon, Paula, and Randy trio sitting at the judges table together.

Please give me suggestions for other songs people! Tweet to @songoftheweekmj or e-mail [email protected] for suggestions. Another thing—I know idols have a lot of original material that they’ve performed but have not yet recorded. I’m sort of staying away from that for now. Let’s stick to songs that have been released on an actual album or EP. Thanks! See you next week peeps…