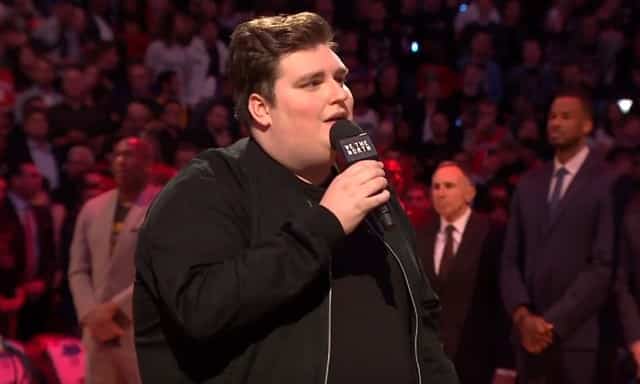 The NBA finals kicked off on NBC Thursday night (May 30) with The Voice season 9 winner Jordan Smith performing the National Anthem. The basketball showdown between the Toronto Raptors and the Golden State Warriors took place at the Scotiabank Arena in Toronto. Home court advantage may have helped the Raptors win with a 118-109 score!

Jordan won The Voice in 2015 as a member of Team Adam Levine. In 2015, the singer released his debut album Something Beautiful on Republic Records. In 2018, Celine Dion recorded Jordan’s co-write “Ashes” for the Deadpool 2 movie soundtrack.

Because a Canadian team is in the finals, The Tenors were on hand to perform the Canadian anthem “O Canada.” Check out both performances below.