In an interview with ExtraTV,  Idol judge, Jennifer Lopez, confirms the new season of American Idol will focus on the good singers rather than the bad. And the way she describes Hollywood, it sounds like a bloodbath: 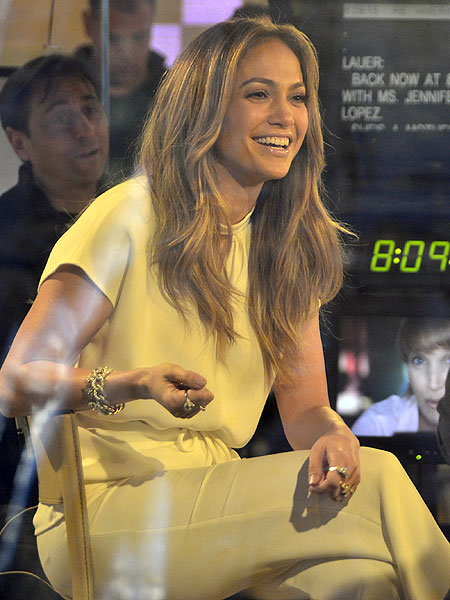 “American Idol” judge Jennifer Lopez got down to business, telling “Extra’s” AJ Calloway about the new season, and revealing that the show will focus mainly on the exceptional singers, rather than the oh-so-bad-but-so-entertaining bunch.

Jennifer explained, “There’s a lot of great talent. It’s going to be more of a surprise for us than it was last year. This year there’s so many talented, big voices. We actually got rid of some really big and great voices during the process because they didn’t have great consistency.”

During Hollywood Week auditions, many of the mediocre contestants were cut, and Lopez commented, “Honestly, I’ve never seen anything like it, and I’ve been watching the show for ten years. I don’t know if it was the pressure because the show was so big last year… I don’t know what happened, but they were dropping like flies. And you’ll see, it was very dramatic and surprising.”

The Houston/Galveston auditions actually featured several bad auditions, which makes me wonder if producers decided to re-tool the remaining audition episodes after the Aspen episode elicited major yawns from fans.  The first episodes of the season were relatively bad-audition free (Pittsburgh had none!)  Viewers were bored (and ratings down).

Jennifer hints that Hollywood will be very intense.  I hope so.  We need some good old-fashioned drama up in here. I also hope we hear some good sangin’ from contestants who are considered major contenders.

What do you think? Are you looking forward to the Hollywood Round?