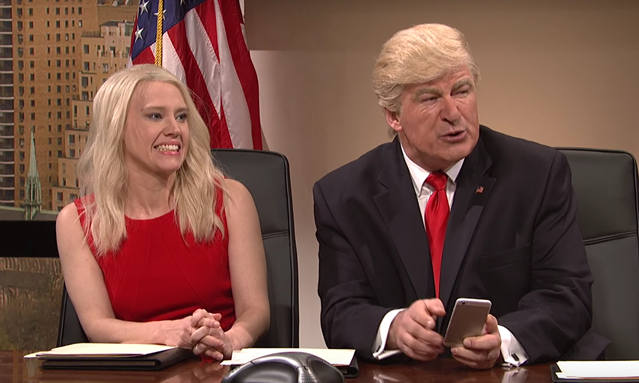 The last time Baldwin impersonated Trump, the president-elect responded with angry tweets, and this week was no exception.

It looks like Baldwin has a job on SNL for life! Ha.

@realDonaldTrump Becoming President through false promises and tricks doesn’t make you best suited. It makes you the best liar and deceiver.

The skit in question mocked Trump for his total lack of interest in security briefings. Instead, the president-elect chooses to re-tweet his followers obsessively. The skit is basically a documentary. Check out the bit below: