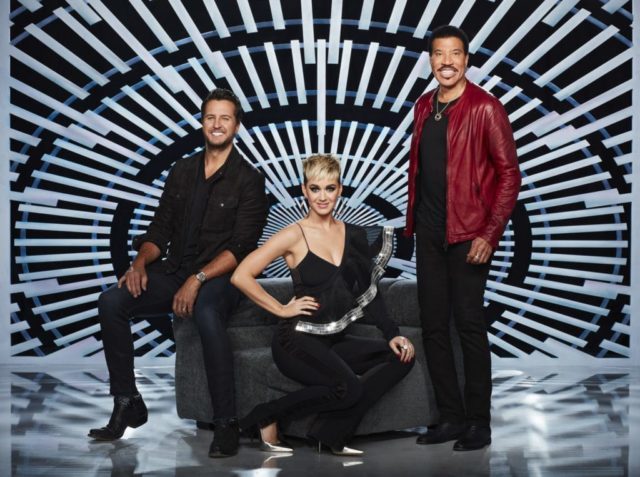 ABC has released details on upcoming American Idol episodes. On Sunday (April 22), the Top 14 contestants will perform a solo, in hopes of winning enough of America’s votes to advance to the Top 10. This episode will be taped on Saturday night (April 21). So WATCH OUT FOR SONG SPOILERS. We will definitely have them here.

On Monday’s (April 23) episode host Ryan Seacrest will be asking Kieran to DIM THE LIGHTS as the LIVE shows begin for real and the Top 10 contestants are revealed. How will a 2 hour show be filled aside from results? ABC explains in a newly released press release:

In this episode, America’s overnight vote from Sunday will solidify the safety of the six contestants with the most votes. Those that are safe will perform a victory song, and the eight contestants who are in jeopardy will sing to impress the judges. The judges will choose four contestants to join America’s top six picks, pushing 10 talented Idol hopefuls one step closer to stardom.

Here’s how to vote for your favorites on Sunday:

April 23 will be the LAST Monday show until the season finale on May 21. Next Sunday (April 29) the Top 10 will be back to perform songs from the Disney catalog.  America VOTES for their favorites. And then on the following Sunday (May 6), the contestants will delve into the iconic Prince catalog. At some point that night, 3 of the Top 10 will be eliminated, leaving a Top 7.

Hm. The judges will still have their hands in the results this week. Which doesn’t surprise me. During season 15 in 2016, the Top 10 was chosen in a similar fashion–4 wildcards, six singers chosen by America. I expect America to totally take over with the Top 10 performances the following week. And yes, I so much preferred the format that had America take over at the Top 24…