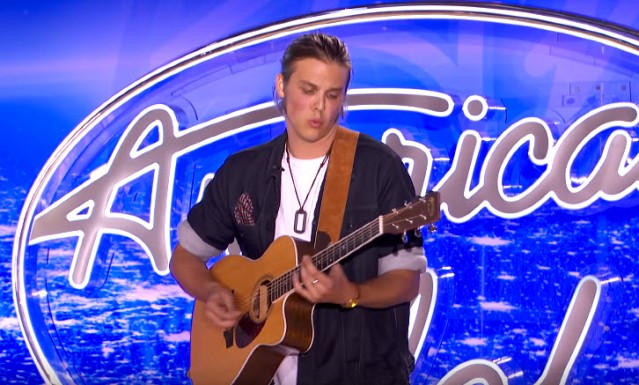 James Gray Dawson VIII is a 23 year old singer and guitarist from Salt Lake City, Utah, who has been sharing original music on Youtube ever since 2011. On his Facebook, James lists John Mayer, Coldplay, One Republic, Eric Clapton and Jimi Hendrix among others as his musical influences. A prolific songwriter on his own, in addition to working on his own music, James is the guitarist in Alex Boye’s (America’s Got Talent) band. During his free time, James sometimes works on his songwriting and singing, but he also enjoys performing at different events. On his Instagram, James gives a shout-out to James Dawson VII for “keeping the name alive.”

Over this past summer, James auditioned for America’s Got Talent with Alex Boye and his fellow bandmates. They performed Shake It Off, by Taylor Swift, and received praise in addition to a standing ovation from Howie Mandel and Heidi Klum. Howie even went as far as to call them his “favorite music act ever.” In the next round, James, Alex and the band performed Uptown Funk, by Bruno Mars, but the judges were not as impressed. While Mel B commended James and the band, she criticized Alex, saying he was under-rehearsed. In the end, the judges ended up cutting the band at the same stage as they cut fellow America’s Got Talent contestant, Jenna Renae.

Fresh off America’s Got Talent, James auditioned for American Idol. Advancing past all the preliminary rounds and finally making it to the judges, James gave a strong enough audition that he was advanced to Hollywood Week. According to The Idol Pad, James also advanced to the showcase round, where he performed Change The World, by Eric Clapton. Afterwards, James was admitted to the top 24.

Overall Thoughts: I think James is extremely talented and people will really like him when we get to the voting rounds. While not as strong as some of the other singers, James is a storyteller and a fantastic songwriter, which I think is an important aspect that a producer like Scott Borchetta would really appreciate. Beyond that, my advice to James is to not only show off that songwriting talent as much as he can, but also keep his song choices current and appealing. I think people are underestimating James, and I would even say that with the right song he is a performance away from becoming a contender.

James VIII sang “Sun Comes Up” by John Legend at his Denver Colorado audition, with his friend, Amber Lynn. Click to check out their FULL auditions