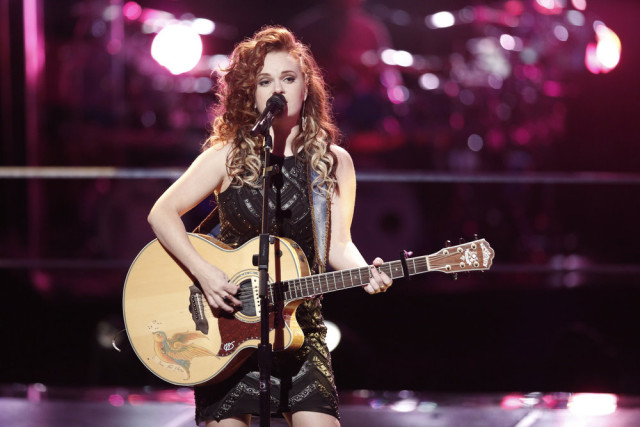 Country singer Kata Hay, a former contestant on The Voice season 10, has been arrested for allegedly having sexual contact with her friend’s son.

TMZ reports that Kata was taken into custody Tuesday (June 15) in Sumner County, TN. According to legal documents TMZ obtained, the alleged incident started with the 35-year-old singer making sexual comments about a 16-year-old boy in front of his parents. Authorities say Kata had been staying at the family’s home for a short period.

Those comments allegedly led to physical contact. Afterward, the teen claimed Kata made out with him and forced him to touch her inappropriately multiple times against his wishes.

The 16-year-old’s mother told authorities she confronted Kata, and recorded their conversation before ordering her to leave the home. According to the documents, the mother’s recording includes Kata admitting the incident had occurred.

The mother alleges that Kata seemed to be under the influence during the confrontation.

Authorities arrested Kata and also processed for a probation violation related to a separate DUI case.

The singer told TMZ, “As you know a charge is not a conviction,” and she declined any further comment on the case.

Kata Hay audition in 2016 for season 10, the same year Alisan Porter won the show. Alisan and Kata were members of Team Christina Aguilera. Season 10 was Christina’s last season as a coach on the show.

Christina stayed by Kata, choosing her through the Battles and Knockouts. However in The Playoffs, the public did not choose Kata, and at that point, Christina let her go.

Watch her Blind Audition. The Skiatook, Oklahoma native sang “Redneck Woman” for coaches Christina Aguilera, Adam Levine, Pharrell Williams and Blake Shelton. Kata got three turns, but not from Blake.  She told him that she sang alongside him at the Oklahoma Opry when she was three years old.

After her performance, Kata bolted for the chairs, forcing kisses on the coaches who turned for her. When she tried to kiss Christina on the mouth, the coach turned away. But eventually, Christina played along and they kiss on the lips. “I promise if you pick me, there is more of that to come,” Christina teased. And indeed, Kata picked Team Christina as “I Kissed a Girl” played in the background.

“I just had the most fun I’ve ever had in my entire life,” gushed Kata. “I got in a little bit of trouble with my girlfriend, but…”

It seems that Kata isn’t big on boundaries.

Kata kisses the coaches, and she does not ask first

And here’s Kata’s Knockout performance, “Why Haven’t I Heard From You.”

About mj santilli 33210 Articles
Founder and editor of mjsbigblog.com, home of the awesomest fan community on the net. I love cheesy singing shows of all kinds, whether reality or scripted. I adore American Idol, but also love The Voice, Glee, X Factor and more!
Website Instagram Twitter