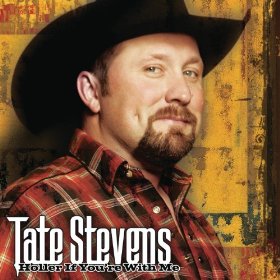 X Factor season 2 winner, Tate Stevens, released his first single today “Holler If You’re With Me.” and if your thing is red solo cup waving, drankin’ and hollerin’ to country music, then this song is for you. We’ll see if Tate can break through on country radio with this rather generic offering.

The music video for the single, sponsored by Pepsi, will debut during Sunday’s Grammy Awards telecast. Also, Tate reports that he is almost done with his album! He tweeted yesterday, “I wanted to say that the love you guys show me is awesome! I can’t believe that I am almost done with my album! Love me some #tatenation”

He may release sooner than that Season 1 winner. Oh what’s her name? Melanie Amaro.

Listen to a snip of Holler If You’re With Me:

Holler If You\’re With Me

Download Holler If You’re With Me from ITunes and Amazon