On Live with Kelly and Ryan Monday morning (May 23), American Idol host Ryan Seacrest shared an embarrassing thing that happened to him during the finale broadcast the night before (Read our Recap).

“I’m going to let you in on something that’s a little embarrassing,” Ryan confessed to his co-host, Kelly Ripa. It turns out that during the broadcast, kids on social media noticed something. Ryan’s stylist Miles eventually pulled him aside during a commercial. “We need to change your underwear,” Miles said.

“Apparently America voted and decided that there was anatomy in the shot,” Ryan quipped. Whoops.

Unfortunately, Ryan brought no extra underwear to the CBS Studios where Idol is filmed,  so Miles offered him a pair. “Don’t worry, I’ve got mine,” he said. Kelly, naturally, was pretty grossed out at the prospect of Ryan wearing another guy’s underpants. Also, Ryan described the undies as “shorter and tighter” than he’s used to. A mental image I did not need nor ask for! Apparently it’s a British thing?

“We go backstage during the commercial and find a little corner and I’m literally taking off my pants…and putting his on,” Ryan explained. “Anything for the show! It’s a family show!”

“Women do not do that,” insisted Kelly. “We do not share panties!”

“It was a first for me,” declared Ryan. To be fair, a search on Twitter for “Ryan Seacrest pants” or “Ryan Seacrest wardrobe malfunction” didn’t turn anything up. Miles might have been overreacting a tad. But what do you think? I took a couple of screenshots from the beginning of Sunday night’s finale.

I brightened them up for your viewing pleasure. OR NOT. So…I guess? 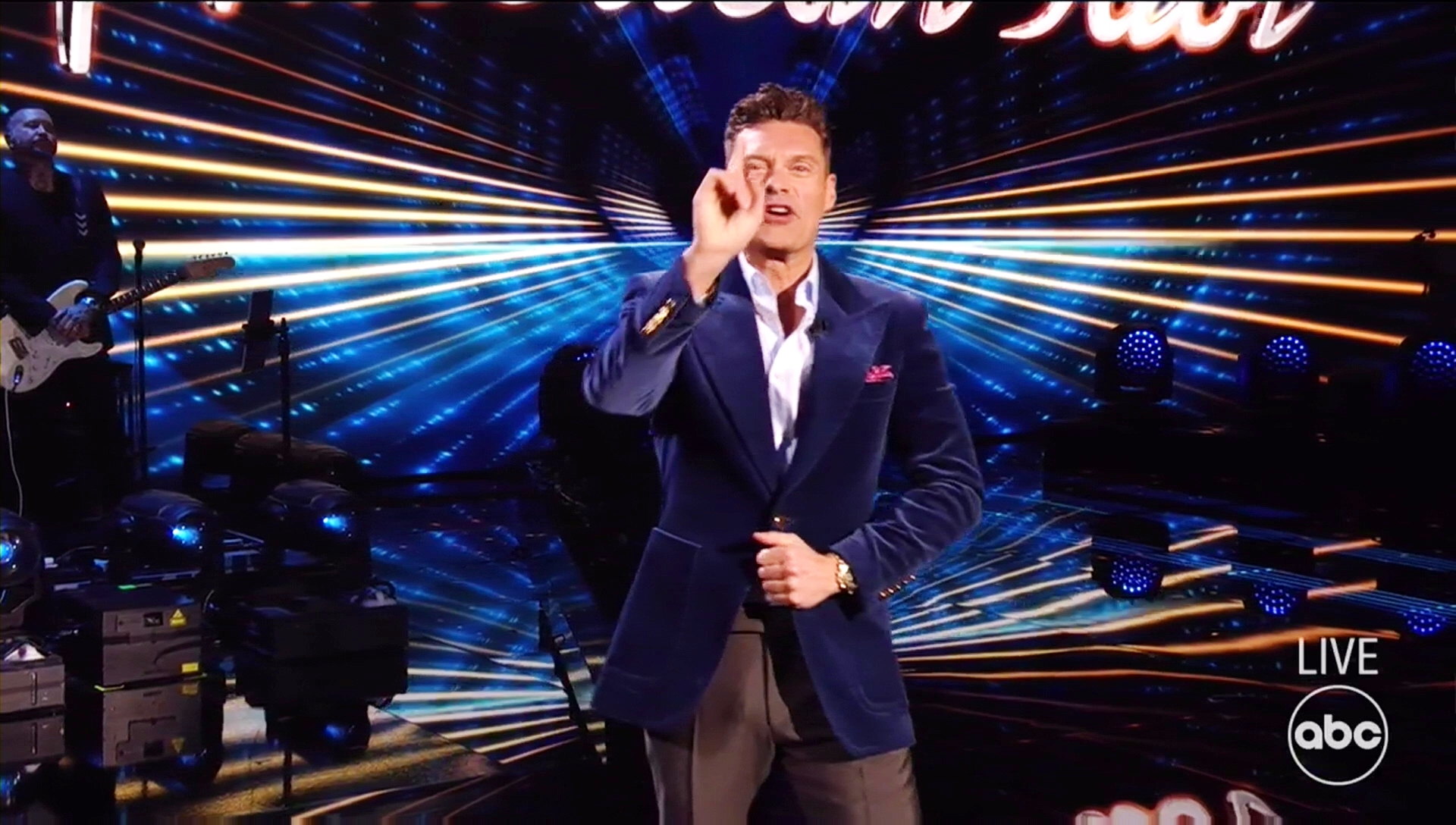 Ryan also admitted that during the opening Flo-Rida number with the Top 10, which the show taped in advance, he had to climb up onto a high platform to shout “This is American Idol.” And the heights terrified him, but didn’t bother Flo-Rida one little bit.

Aside from wardrobe mishaps last night, American Idol crowned its 20th winner, country singer Noah Thompson, who appeared later in the show to perform his single “One Day Tonight.” Country singer-songwriter, HunterGirl finished as the runner-up and indie artist, Leah Marlene ended her run on the show in third place.