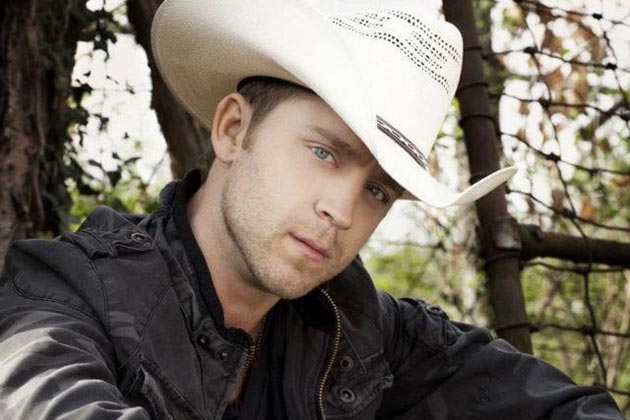 The other day, I had a conversation with Broadway & Cory Myers of Country 92.5 FM in Hartford, Connecticut about how country stars Lee Brice and Justin Moore still seem to be cropping up in New Artist categories after seeing significant success for the past 4-5 years. Both are among the 8 semifinalists for the fan-voted 2014 Academy of Country Music (ACM) New Artist Of The Year award. Moore released his debut album and had his 1st #1 hit (“Small Town USA”) back in 2009, while Brice released his debut album in back in 2010 after he scored his 1st t5 hit (“Love Like Crazy”) in 2009. Both have made several return trips to the top of airplay charts since their breakthrough hits, hence the confusion about them being considered “new.”

That conversation aired on the station on Wednesday, 2/5, and was posted to the station’s Electric Barnyard blog later that day. The audio of that conversation has since been removed from the Electric Barnyard blog by request of Valory Records, Justin Moore’s label, which is part of Big Machine Label Group, but without an answer to the eligibility question raised during our conversation or an explanation for why they wanted the audio taken down. So this seems like a good opportunity to look deeper into that question and more broadly at the stakes involved.

This award is presented to an outstanding male vocalist, female vocalist, vocal duo or vocal group in the country music industry who gains either initial fame or significantly greater recognition through their efforts during the prior calendar year of November 29, 2012 to November 27, 2013. The artist(s) must have success in digital media; in addition to having charted a single in the Top 40 on Billboard’s Country Airplay (BDS) or Country Aircheck (Mediabase) country charts; and/or selling 100,000 album units reflected in Nielsen SoundScan during the qualifying period.

So the award is really meant to recognize a new or breakthrough act. Well, that helps explains the inclusion of people who have been charting hits for four and five years, although it does seem like it’s harder to gain “significantly greater recognition” after you’ve charted multiple #1 hits.

Anyway, during the conversation with Broadway and Cory, I pointed out that ACM Voting Criteria continues its discussion of the New Artist Of The Year category by saying:

Any solo artist that has sold 500,000 copies of a previously released album (with general exclusions of specialty albums, such as seasonal or live recordings) according to Nielsen SoundScan, are not eligible for this category.

I also pointed out that according to this 9/18/13 Billboard article, Justin Moore’s self-titled 2009 debut album had sold 550k, while his 2011 sophomore album Outlaws Like Me had sold 577k. Outlaws Like Me was certified gold by the RIAA on 11/14/12 (as celebrated by this press release posted on his official website and circulated by his team), while Justin Moore was certified gold by the RIAA on 12/13/12. Lee Brice, on the other hand, had a RIAA-gold certified album in Hard 2 Love as of 12/6/13. That album had sold 471k copies through 11/3/13, and was selling 3k copies per week at the time.

It appears that Lee Brice is probably in the clear as far as the ACM’s sales rule for New Artist of the Year. But where Justin Moore sits in relation to that rule looks murky at best.

Why does this matter?
Let’s try to understand the stakes involved here. As already mentioned, the ACM announced 8 semifinalists for the fan- & industry-voted New Artist award. After a round of fan voting that concluded on 2/4, 3 of those semifinalists are set to advance to the final round of voting. For the past couple of years, the 3 finalists have each received a 90 second performance slot on the ACM Awards from the ACM Fan Jam, which will be hosted this year by last year’s ACM New Artist winners, Florida-Georgia Line. Even with a short performance, this is a chance to improve name and face recognition and promote music to a national TV audience of over 15 million people, if last year’s ratings hold up. It’s a potentially valuable stepping stone for an act looking to get to the next level.

So is it fair for Brett Eldredge, Tyler Farr, Kacey Musgraves, and Thomas Rhett, all of whom released their debut, high-profile label-promoted albums in 2013, to go up against a guy who released his 3rd successful, high-profile label-promoted album in 2013 for one of those performance spots? Then there’s the likes of the critically acclaimed Charlie Worsham, who also released his debut album in 2013 and didn’t even get the chance to compete as a semifinalist this year. Pop/rock transplant Cassadee Pope and 17 year old Danielle Bradbery, both Big Machine Label Group acts and Voice alums, are also not among the semifinalists, and they also both released their debut solo albums in 2013.

On the other hand, let’s try to see this from a #TeamJustin point of view. Justin Moore surprised a lot of people when his latest album Off The Beaten Path, released 9/17/13, opened with 97k in 1st week sales. That 1st week number put him within 5k of the opening weeks of the 2013 releases from superstars and CMA/ACM Award show regulars Brad Paisley (100k, per Billboard), and Keith Urban (98k, per Billboard). And yet…you don’t see Justin Moore’s name among the nominees at the CMAs or ACMs – in fact, he has never been nominated for an award at either show, not even for New Artist Of The Year (Edited to clarify: he was a New Artist semifinalist at the 2012 ACMs, but didn’t advance into contention). Not that sales should necessarily translate to nominations, but they often do at the country shows.

You don’t see Justin Moore performing on either show, either (the likes of Jason Aldean and Hunter Hayes have scored invites to perform on these shows even when not nominated). This is something that has escaped neither Moore’s notice nor the notice of his fans, see this compilation of Justin Moore tweets from 11/7/13 (the day after the 2013 CMA Awards). Justin Moore has no other nominations at this year’s ACMs, so the New Artist category is his best chance to assert his presence on an industry awards show for the first time, and to start making that leap to recognition that comes closer to matching his level of success.

Lest we think Justin Moore is the only one who feels like there is a ceiling he’s bumping up against when it comes to industry awards shows and TV exposure, check out this 2012 ad Curb Records took out after the 2012 CMA Awards ceremony, where Lee Brice was nominated for New Artist Of The Year: Unlike Moore, Brice has made his way into the CMA and ACM nominations over the years, with nominations for New Artist of the Year and Song and/or Single of the Year (he won the 2012 ACM for Song Of The Year for cowriting Eli Young Band’s “Crazy Girl”). In fact, Brice has 5 nominations at this year’s ACM Awards, including a surprise nomination for Male Vocalist of the Year. But as the ad implies, gaining TV exposure at these country awards show has been a problem for Brice. Like Justin Moore, he has yet to get a performance slot at either of the 2 major country awards shows. This Wall Street Journal interview with CMA Awards executive producer Robert Deaton explains why:

But in the interest of broad appeal, the show’s creators are focusing more than previously, not less, on booking the short-list of familiar singles-chart stars, singing their current hits. Jason Aldean, Blake Shelton, Taylor Swift and Luke Bryan will be much in evidence again, as they were last year—presold attractions who, according to Mr. Deaton, far outflank lesser-known acts in the ratings, as do recognized hits rather than newer songs.

It’s fair to say that despite their success at country radio and sales registers, neither Brice nor Moore has the same level of name recognition as your typical country awards show performers. But as long as they are getting shut out of awards show performance slots, it’s going to take a lot longer to change that.

We’ve discussed how difficult it is for women to get a chance in country music (here, and most recently, here). Arguably, we’re seeing the flip side of the coin when it comes to men – radio supports so many of them out of the gate that it’s harder for them to break out as individual stars with national name recognition even after a lot of airplay. Or maybe differentiation is harder because so many of the rising guys are singing about the same few things with the same lyrics.

Whatever the reason, it’s easy to see why the teams of hitmakers like Justin Moore would feel he’s been unfairly shut out of country music’s highest profile showcases, and why they would therefore want to claim a New Artist slot for somebody like him. The question is, based on the criteria laid out by the ACM itself and in light of what Justin Moore has already accomplished, should they be able to?