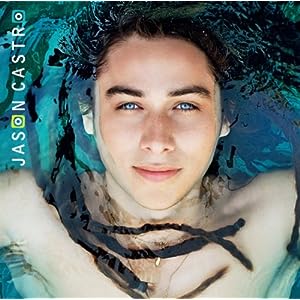 This week we move to Mr. Jason Castro. It’s hard for me to ever choose someone to spotlight from season seven of Idol, because it was by far my favorite season. I loved almost all of the contestants and followed each of them very aggressively after the season ended.

Jason was one who although I didn’t think had the strongest voice by a mile, he really knew how to capture the emotion of a song. I think by the end of his Idol run, he had a serious lack of confidence and knew he was somewhat out of his league. He didn’t realize all the ladies swooning over him and his dreamy eyes would vote enough to keep him afloat till the top four. It also didn’t hurt when he sang that amazing version of “Hallelujah” early on in the competition. I mean, it was kinda amazing right? The problem was that it’s pretty hard to get to the finals in Idol without the big voice to back it up. Wait… I sorta take that back now that I think about it a little… (See: Lee Dewyze: AKA Idol red-headed step-child)

Anyway, the guy left Idol and really took his time finding a label and releasing his debut album. It must have been a smart choice, because I love the album! This song is, in my opinion, one of the best on there. At the risk of sounding like a cheese ball, it’s simply gorgeous. The restrain of his voice throughout the verses really helps emphasize the beauty of when he soars higher in the chorus.

Apparently the song was written about his wife, Mandy. He had been away on the road for quite awhile, and while he was on his way back to see her, this song came about. I’m sure she was very pleased to here this once he returned. You know he probably got some serious action! It’s truly beautiful.

I think his voice sounds great, but there is also some awesome instrumentals throughout the track. The mellow guitar riffs in the background really shine through for me. There must have been some good producing going on here. I think the whole album was a little underrated. It certainly didn’t shoot him into superstardom, but I think it received pretty positive reviews from most critics.

Good ol’ Jason knows how to stay afloat in this industry though, so he found a niche for himself in the Christian music market. Ugh… I know it’s horrible of me to say this, but I hate when Idols fail at their shot at real music fame and turn to churchy, Christian music. Nothing against that genre of music. (Don’t hate religious peeps!) If that is your true passion (Mandisa,) then that is great. I’m not so sure I buy into Jason being that type of artist though. Call me a dummy I guess, because he seems to have had some success in that market.

I’m truly happy for any success he has though. I really love him and his music. To those of you that didn’t purchase his debut album, I highly recommend it!