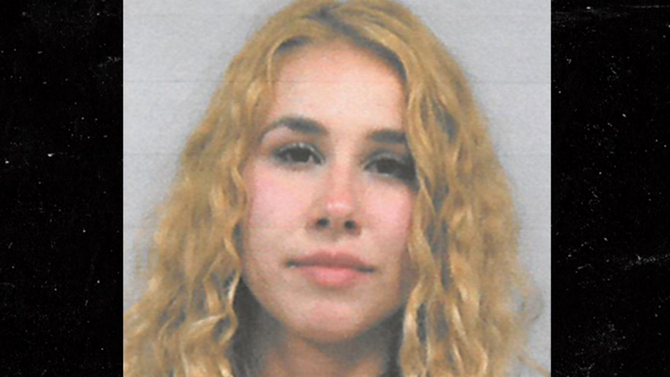 American Idol 10 alum Haley Reinhart was arrested over the weekend in Chicago for battery. The singer reportedly slugged a bouncer during a bar brawl. Haley’s lawyer claims that she was trying to protect her friend who was being brutally attacked by one of the bouncers.

Now, we have video tape of the fight., And according to TMZ her friend “was taken down by bouncers and choked so hard … his entire head was blood red during the bar brawl that led to Haley’s arrest.” In the visdeo, the man is visibly gasping for air as the bouncer chokes him with both hands.

TMZ obtained video of the melee, and it’s intense — 2 bouncers at the Lamplighter Inn, outside Chicago, had Haley’s male friend surrounded and at least one of them had his hands wrapped around the friend’s neck.

Haley was right in the middle of the fracas and you see her square off with one of the bouncers, who accuses her of punching him in the head before tossing her out of the bar.

The brutal video supports what Haley’s attorney told us — that bar staffers had assaulted one of Haley’s friends, leaving him with multiple injuries.

Check out the video below. It’s intense!