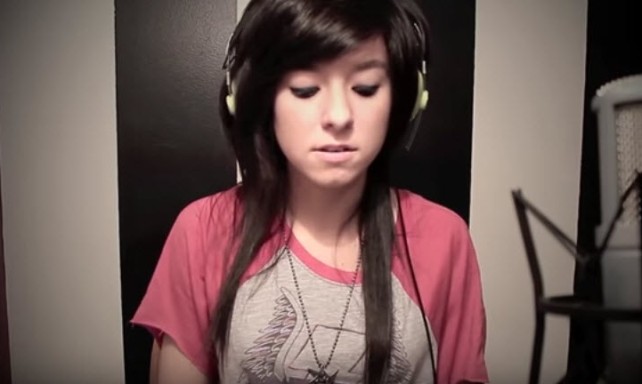 On June 10 2016 The Voice and YouTube star, Christina Grimmie was murdered by an obsessed fan during a meet and greet line after an Orlando concert.

That tragic murder is the centerpiece of a CBS 48 Hours investigation into the dangers of stalking, which also featured NCIS star, Pauley Perrette who is fighting to change the laws to protect victims.

The piece explores how the rise of social media and the internet has only made it simpler for disturbed individuals to stalk. Christina’s relatability and accessibility to her fans made her an easy target.

Fellow The Voice contestant Bria Kelly is interviewed along with Christina’s friend, singer/songwriter Tyler Kelly. Warning: The piece is fascinating, but REALLY intense. It details Christina’s murder alongside photos and videos that feature her stalker.

“It’s very eerie to look at that now,” Bria Kelly said of the video. “I would give anything to go back to when I last saw her two days before it happened and warn her. I’d give anything to be able to do that.”

“No electronics. Just a video camera and her. And you just saw the raw talent. And I was like, ‘this girl is really good,’” Tyler Ward said. “She’s not trying to perform or prove herself. It was just like she was her in her room. And people connected.”

“She had a stalker in the sense of the modern age that we live in, of celebrities having to put themselves out on social media … You can follow them on Twitter and follow their personal lives,” Lead Detective Michael Moreschi of the Orlando Police Department said. “Christina was very much that. She was very accessible– to her fans.”.

This type of possessive, fantasy relationship was behind another celebrity murder, the 1989 shooting of sitcom star Rebecca Schaeffer by an obsessed fan.

“The Grimmie case is very reminiscent of the Rebecca Schaeffer tragedy (21 year old sitcom star murdered by a stalker in 1989). Here we have another rising star who is not yet aware of the menaces that were within her fan base,” said Clinical Police and Forensic Psychologist Kris Mohandie.

Schaeffer’s stalker had written to the young actress and showed up where her show was filmed. Security turned him away. Undeterred, he went to the actress’s home, rang the doorbell and shot her when she opened the door.

“Now people are being followed by Twitter, by Facebook. With all the social media, there’s a lot more stalking,” Deputy D.A. Segall, known for years as the “stalking prosecutor,” explained. “It’s helped the stalker because now he can find his victim or her victim so easily.”