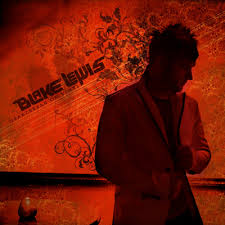 So, I’d be lying if I said I didn’t think Blake was amazing—so I won’t say it then! Instead, I picked one of my favorite songs of his to feature on “Song of the Week.”

After watching his initial Idol audition, I was very surprised to see how his personality has changed over time. I’m going to have to side with Simon here and say he seemed pretty over confident at the beginning. That’s not the Blake I remember from the show. Maybe he was a little humbled as the weeks went by on his season? It is pretty incredible to see an artist like Blake make it all the way to the finals on Idol. The show really doesn’t seem like a great format for someone with his voice and style.

Actually… hmmm… as I type that last statement, I sort of wonder if he would’ve really excelled on a show like X-Factor? Yes… I think they would’ve eaten him up on XF. He could’ve implemented more of his beat boxing, dancy, techno style into his performances. Maybe add some of those effed-up looking back-up dancers around him to spice things up eh? LOL (Was anyone else seriously creeped out by those black, leathery people dancing around during Melanie’s “Someone Like You” performance? Are we watching XF or American Horror Story? Sorry … back to Blake!) On a show like Idol, I think it’s hard for contestants without the big or even emotional voice to keep up—hence my surprise of Blake making it to second place.

Low and behold, Blake did make it to the finals and was signed by Arista records, only to be dropped shortly after. He released his debut album, which admittedly, I did not purchase. I did, however, enjoy his two failed singles off the album quite a bit. I couldn’t understand why he wasn’t catching on to mainstream radio. A couple years later, he was lucky enough to be signed by Tommy Boy Records.

One day while I was doing my daily browsing through MJ’s site, I saw that he released a new single, “Sad Song.” I was shockingly surprised, because I LOVED IT! So from then on I continued to follow the Blake news, and I purchased Heartbreak on Vinyl the day it came out—I have been listening ever since. One: because it’s great running music, and two: because I love the fact that he really found his niche with this style of music.

It was hard choosing which song to feature, but ultimately I had to pick “Left My Baby for You.” It’s such a great track, and I love the 80’s throwback vibe going on. It never fails to make me smile every time it starts playing on my iPod. Also—I love screeching out the high-pitched line, “I left my baby for you!” while driving in my car. The little robotic voice that repeats lines after his vocals is great as well. How is it he managed to create this fast paced, ballad-like, techno, pop, love song without making a hot mess out of it? I don’t know guys … call me crazy—I know the song initially sounds a little ridiculous, but I don’t care! It’s awesome, and I hope you give it a shot.

I’m not sure I can sway all of you though. I have consistently embarrassed myself in front of my friends on numerous occasions when I play the song for them. “Nick … you cannot be serious. Why do you have the worst taste in music?” is the comment I continually receive. I will continue to follow and support Blake though! (and be the “Song of the Week” guy) I hope he finds a way to create another great album without mimicking the same exact style of Heartbreak On Vinyl. Surprise me again Blake!

Thanks for reading guys, and for putting up with my nonsense. See you next week! What will I choose?! I’m thinking … someone from one of the really early seasons. Send suggestions to [email protected]!